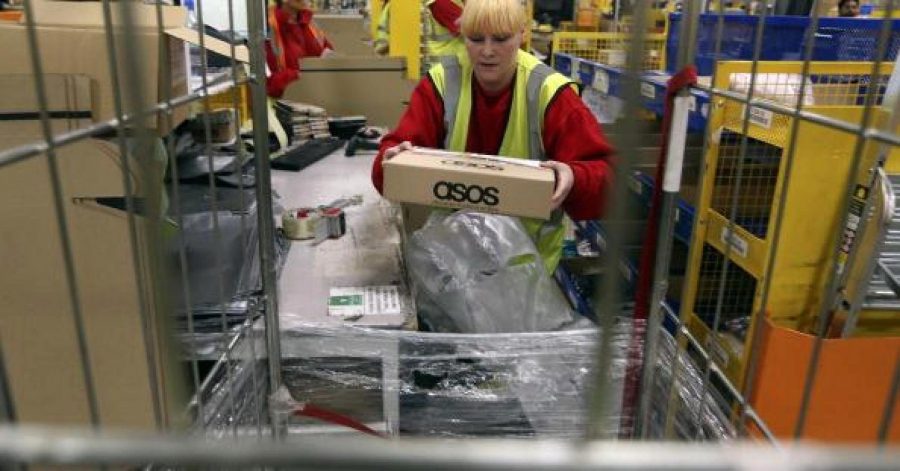 Situations involving employees having to get packages from their main warehouse in Northern England to customers across the world within only two days were brought to the attention of the public. Some ASOS staff members told Buzzfeed that their workload is so heavy, that sometimes they cannot use the bathroom or get a drink of water until the end of their shift; some of the managers actually suggested that their employees do this.

According to the investigation, some staff members are thoroughly searched by security, even when they are going to the bathroom. Employees have been terminated if they ever got sick at work, and reports of employees’ pay being docked if they were a single minute late for work surfaced.

ASOS was founded in 2000, and grew from a boutique online fashion company to what current CEO Nick Beighton calls the “amazon of fashion;” grossing a yearly revenue, of £1.15 billion. The projected revenue for 2020 is £2.5 billion. The logistics company XPO runs the ASOS warehouse, and responded to the allegations on ASOS’s behalf, denying the allegations investigated by BuzzFeed.

When employees spoke out about having their work assignments terminated if they ever took a leave of absence, XPO responded and claimed that “they would only terminate assignments when the length of absence is excessive.” XPO did not, however, specify how much time they consider to be “excessive.”

One employee reportedly collapsed on the job, and when he returned home from the hospital, he found out that his position had been terminated, after an “excessive absence” of only four days.

In response to the allegations of employees “not having enough time to use the bathroom or get some water,” XPO retaliated the comments.“People can take a bathroom break anytime that they want,” claimed XPO. “Time in the bathroom does not count as productive time, and therefore do not affect targets.”

XPO says that they are fully compliant with the national minimum wage and do not employ anyone on a zero-hour contract. They had their hours scheme investigated by the Advisory, Conciliation and Arbitration Service and stated that XPO has “an onsite occupational nurse, a physiotherapist, and have recently invested £3 million in a cooling project to improve temperatures for their employees during the summer.”

XPO called BuzzFeed’s allegations “inaccurate, misleading, or based on out of date information.” ASOS claimed that during the investigation, BuzzFeed failed to mention the positive work that they did with XPO, such as “the 50 different learning environments, free mental health support and awareness training, and subsidized food in a newly renovated canteen,” among other things.

The ASOS Here to Help Twitter account even reached out to their followers denying the allegations, when responding to some of their comments and replying to tweets about the Buzzfeed article; but even shoppers and supporters of ASOS are still unhappy with what they are hearing about the company. ASOS shopper Rebecca Eisenberg tweeted to the company, “Treat your workers better. There aren’t many places that make cute and affordable plus size clothes. @Asos, I like your stuff. But this isn’t OK.”

In response to Eisenberg’s comments on Twitter, ASOS responded, “The recent allegations about the warehouse are misleading. We can take the welfare and happiness of our employees and those who work for our third parties, seriously and will do everything we can to investigate claims that suggest otherwise.”

Pace University students shared their thoughts on the latest allegations brought forward on ASOS. Noah Tye, a Junior in Dyson College of Arts and Sciences dispuse XPO and ASOS’s comments rejecting the allegations.

“I side with BuzzFeed, and do think that ASOS and XPO have treated their employees as badly as BuzzFeed’s investigation uncovered,” said Tye.