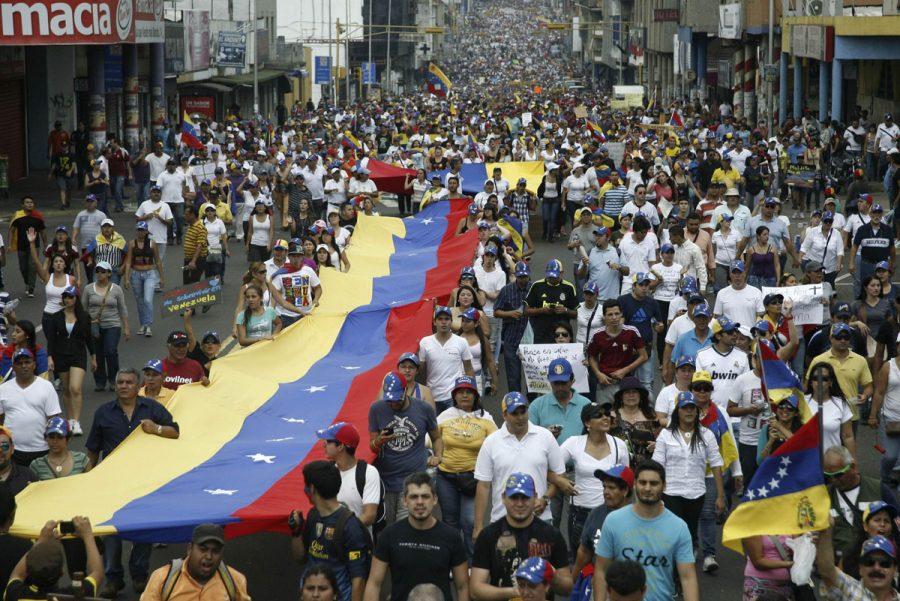 Venezuela is in the midst of one of the most dire humanitarian crises South America has seen since European imperialism. The Venezuelan people are currently riffed with food shortages, rampant crime, and political upheaval. This denigration is due in large part to the collapse of the nation’s currency in particular and its economy in general. While experts are certain Venezuela’s poorly executed economic planning is to blame for the crisis, political leaders are at a loss for solutions.

To properly understand the current state of affairs in Venezuela, one must first look at what has led up to the crisis. Hugo Chávez, easily one of the most prolific yet controversial public figures ever to emerge from Venezuela, was inaugurated as president in 1998. A year later, Venezuela ratified an entirely new constitution as part of the Bolivar Revolution, a socialist type of revolution issued in by Chávez and his party known as the Fifth Republic Movement. The Bolivar Revolution wrought in a period of relative prosperity and improvement in Venezuelan society. Such improvements include the nationalization of many key high-profit industries, the establishment of direct democratic institutions such as the Communal Councils, and the expansion of social programs which granted access to food, housing, healthcare, and education to all Venezuelan citizens. Chávez died in 2013 as a hero among his people and an inspiration for the left worldwide.

Unfortunately, Chávez’s legacy of greatness was by no means a permanent fixture. Nicolas Maduro was elected president in 2013 as a member of the United Socialist Party, the party set to continue the legacy of the Fifth Republic Movement. Within a year of his inauguration, key tenants of the Venezuelan economy and, consequently, its humanitarian infrastructure began to crumble.

Arguably the most important industry nationalized by Chávez in the name of the Venezuelan government was oil. Oil has accounted for 95 percent of Venezuela’s exports since the government took control of it in the early aughts. Venezuela’s land was, and still is, rich with oil resources and with oil prices so high during those years, enormous profits came easy. These profits were reinvested into the Venezuelan people as is typical of a socialist economy. Experts claim this oil money provided over one million poor Venezuelans with homes for example.

In 2014, however, as oil prices dropped suddenly and dramatically, so did the health Venezuela’s economy and government. The drop in oil’s value was the culminated effect of slow global economic growth, increased efficiency in oil usage, the introduction of fuel alternatives, and a flooded oil supply in the market due to new nations entering the industry full force, including the United States with fracking. The price of oil fell nearly 50 percent in June of 2014. Venezuela lost nearly half of all of its oil revenue and the social programs which relied upon this revenue were left largely without funding. In other words, it was the people of Venezuela who bore the brunt of this global economic chaos.

As a result, the International Monetary Fund projected inflation in Venezuela to grow by a shocking 481.52 percent in total this year and 1,642 percent next year. This, coupled with a projected contraction of the Venezuelan economy by eight percent in 2016, is at the heart of the crisis in Venezuela today.

Since the government has little revenue to provide its people with necessary amenities as is expected, food is becoming increasingly scarce. Looting is rampant. The Venezuelan healthcare system is hardly functioning at all. For example, malaria cases rose by 72 percent in the first half of 2016.

Over the summer, to ease the pain of Venezuela’s economic depression, Maduro began to hike the minimum wage, set price controls, nationalize and crack down on private industry, and set controls on the bolivar’s currency exchange rate. None of this has seemed to help. In fact, it has only made it harder for Venezuelans to lift themselves out of poverty by means of their own as little can be accomplished within the confines of government planning. A huge black market has emerged in Venezuela which exists outside of the government’s scope, leading to further tax deficits and the devaluation of the bolivar.

President Nicolas Maduro is faced with harsh criticism from his political adversaries. Demands for the president’s impeachment and violent rioting are now commonplace. 73 protesters were injured by the police in Merida, a northwestern Venezuelan city, last week during one of the many riots which have occurred recently. Journalism is restricted as the government has tried to mitigate publicity of the turmoil. Although peace talks facilitated by the Vatican between the Venezuelan Socialist Party and its opposition are underway, little progress is being made to improve the dire circumstances of the Venezuelan crisis.