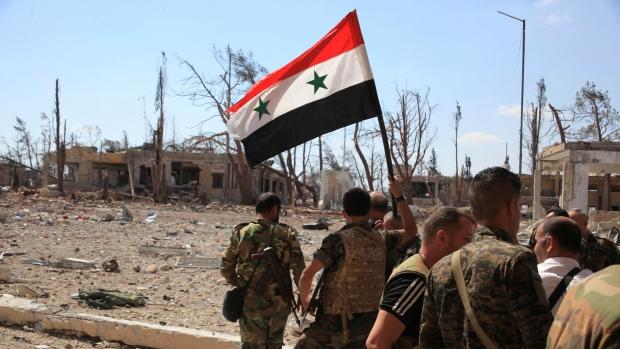 The siege and bombardment of eastern Aleppo which concluded this past December has granted Syrian President Bashar al-Assad’s regime full control of the city. This is a crucial asset to any contending group in Syria’s multi-sided civil war which is now in its sixth year. Aleppo was Syria’s most populous city before the war broke out in 2011. Its historical and cultural centrality to the Syrian people is unmatched as it once stood as a hub of economic and social development for the Middle Eastern nation. Today, Aleppo is a global humanitarian crisis ravaged by civil war, conquered by a tyrannical government, and a crucial site of conflicting international interests; particularly between the United States and Russia.

The main anti-Assad opposition group, The National Coalition of Syrian Revolutionary and Opposition Forces, had maintained varying degrees of control over Aleppo since 2012. The most recent developments in Aleppo, however, are rooted in events that  transpired last February. Pro-regime forces, aided by Russian air support, were able to seize the city’s Minnegh air base along with the most direct road to neighboring country Turkey. The result was a harrowing denial of access to resources for the city, prompted by al-Assad’s regime. The now infamous and still ongoing Syrian refugee crisis ensued as millions of innocent civilians fled the war-torn area.

In late July, government forces were able to fully encircle the city, but their success was short lived due to rebel counterattacks. By September, the government’s military campaign began garnering momentum once again. With the help of Russian air power and Shi’ite militias from Iraq and Lebanon, Assad’s control of Ramousah was reasserted, as was his encircling of the rebel enclave. On Sep. 22, Assad revealed plans for heavy airstrikes against the city amidst an effort of total war against rebel control. The government’s demands for evacuation and surrender continued through late October, a period during which the anti-Assad forces continually lost territory.

After four months of bomb strikes, aimed by government forces to strike hospitals, civilians, and infrastructure, on Dec. 13, 2016, insurgent forces agreed to withdraw from Aleppo in a ceasefire deal struck with the Syrian government. This deal would see that the forces evacuate to rebel-held areas outside the city. Assad’s regime extended the offer to the rebel’s families and any other civilians wanting to leave so long as a ceasefire was guaranteed. Today, despite the agreement’s apparent urgency, no such evacuation has occurred. Given the difficulty of evacuating the city further, the concession of Aleppo to Syrian forces will take time, but it will happen nonetheless.

Whether this means the government has won the civil war is unclear, and likely undetermined. What is clear is that Aleppo has become one of the biggest threats to the global humanitarian and geopolitical order the 21st century has seen thus far. As early as August of 2011, President Barack Obama openly expressed his disavowal of the Bashar Assad leadership in Syria. This was coupled with a freezing of all Syrian assets held in US banks as well as trade sanctions against Syria. Soon after, the US began supplying resources to Syrian rebel groups including weapons such as anti-tank missile launchers.

The United States’ actions can be seen as above all else a demonstration of strength against Russian influence in foreign conflicts, particularly in the Middle East. Russia has backed the Assad government by providing them with resources, like the US, but unlike the US, direct Russian military and air support has been engaged in battles against the Syrian National Coalition. Due to this opposition between the US and Russia, the Syrian Civil War has transmuted into a proxy war on more levels than one, each having their own global implications. What’s crucial here is that neither party is acting alone. The US is coordinating its effort against the Assad regime with allies Saudi Arabia, Qatar, and Turkey. Conversely, Russia is working with both the Iranian government and Palestinian groups, pinning the Israeli government on the side of the United States.

The proxy-nature of this war has abstracted the conflict to the extent that on Tuesday, Jan. 24, Iran, Russia and Turkey agreed to enforce the Syrian cease-fire agreement between the rebel groups and the Assad regime in an official statement after extensive meetings between delegates from each nation. Ironically, neither the Syrian government nor rebel groups were involved in the discussion and neither party signed any document or spoke out in agreement of  the decisions made. In this way, recent acts of diplomacy such as this have only served to make the future of Syria even less certain, especially in regards to whether the ceasefire will continue and bring an end to the conflict without any real agreement between the major forces at play on a balance of territory or power.