“First things first/I’ma say all the words inside my head,” sings Dan Reynolds, the front-man of alternative rock band Imagine Dragons, on their single “Believer.” The single was the first to be released out of the 11 tracks on their latest album, “EVOLVE.” The song’s first verse goes on to color the rest of the album: it speaks of an airing of grievances, then a change of pace. The members of Imagine Dragons are tired of the way that things have been, ooh ooh. 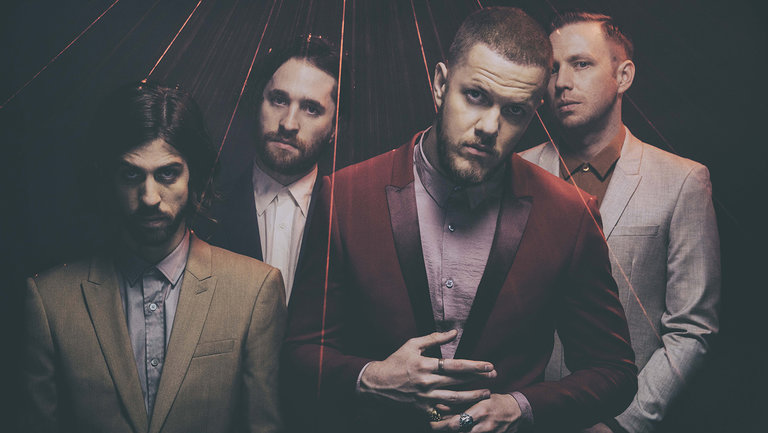 Since February of 2015, when “EVOLVE”’s predecessor “Smoke and Mirrors” was released, the band has spent half their time touring, and the other half resuming quiet(ish) lives in their home base state of Nevada. For Dan Reynolds, quiet time meant recuperating, writing music, and fighting an uphill battle against depression. Out of this dark time in Reynold’s life sprung “EVOLVE”, his post-bellum creative solution and the band’s symbol of reinvention.

The new album wrangles with darker themes than its forerunners, understandably, but it also balances the heavy ideas with lighter ones. Take “Yesterday” for example: this track is a joyous shedding of broken skin that treats one’s resuscitation from the doldrums as a literal dance—the heavy-handed beat follows a ¾ time signature used almost exclusively in waltzes. On the other end of the spectrum lie tracks like “I’ll Make It Up to You” and “Whatever It Takes,” which refer to a failing relationship and the pressure of success, respectively.

Sonically, “EVOLVE” continues its balancing act. It brings in musical tenets of ‘80s pop and rock music—those synth beats and sumptuous guitar solos scattered amongst the tracks did not go unnoticed—while mixing in techniques that are popular amongst modern record producers like Calvin Harris and Flume. The result is artful, fun, and contemporary.

The question nagging at my brain here, though, is whether Imagine Dragons’ “evolution” is just that—an evolution, a remix of who they’ve been thus far—or something more generic and less flashy than the holographic rainbow on the album cover would like you to think. The ‘80s inspired touches, the lo-fi editing, and the bass-heavy beats seem less like a sonic revolution than the resurrection of old styles, repackaged and resold by bands hoping to break the Top 40. Time to reflect: how many of today’s pop darlings have already borrowed from ‘80s music to color their latest album releases? The most prominent that comes to mind is Taylor Swift’s “1989”­­­—another album rife with synth notes and untapped emotion. The difference between Swift and Imagine Dragons is that the latter has always marketed themselves as alt-rock, and will continue to do so. The “alt” in question refers to the infusion of the style of modern pop music—inclusive of throwback musical touches and even some influence of the booming current hip-hop scene—into the band’s rock image.

This is not to say that Imagine Dragon’s “new” sound is not a good one; on the contrary, “EVOLVE” is excellent and fresh, the perfect complement to a quickly-staling summer. The marketing package that it comes with, however? Less so.