“Bohemian Rhapsody” is the champion of film 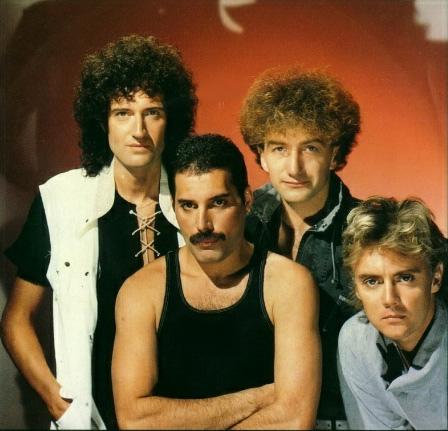 The new biopic, “Bohemian Rhapsody”, truly became the champion hitting screens Nov. 2 by exceeding expectations with a $50 million debut opening weekend. The movie follows the iconic 70’s band, Queen, with their impressive career and countless hits. The British rock band’s hits include, “We Will Rock You”, “Somebody to Love”, and “Don’t Stop Me Now”. The movie features the band’s electric and timeless performances to sold-out crowds, which carry the vibrant film. Tension, health complications, and egos are put on display in the musical spectacle.

The film defied a last-minute switch up with the original director Bryan Singer. Singer left after reported tension behind the scenes. English actor and director Dexter Fletcher stepped in for the remainder of the production.

The turbulence didn’t end there, before the movie was released critics took jabs at it. The Guardian released an article titled “Queen biopic will not rock you”. The article called the movie “bland” adding, “those, like me, hoping for a more robust appraisal of the late Freddie Mercury may find themselves disappointed.”

On the other hand, Rolling Stone’s review noted “the recreation of Mercury commanding a stadium crowd at Live Aid is downright moving,” adding, “even if the portrayal of the band breaking up for two years beforehand is entirely made up.”

Audiences seem to enjoy the movie more than critics as it received a 61 percent on Rotten Tomatoes; the critic consensus stating, “Bohemian Rhapsody hits a handful of high notes, but as an in-depth look at a beloved band, it offers more of a medley than a true greatest hits collection.” Conversely, the audience score is 94 percent based almost 10,000 ratings. Nonetheless, the film ultimately managed to prevail with the film’s twitter celebrating it’s #1 top-spot at the box-office.

Thank you to all the amazing fans for making #BohemianRhapsody the #1 movie in the world! pic.twitter.com/EmQbdiWlVI

Egyptian-American actor Rami Malek, known for the hit-series “Mr. Robot”, played Mercury. The film explored Mercury’s roots in Zanzibar and his relationship with his conservative parents. In an interview with National Public Radio, Malek said regarding Freddie Mercury, “His country was in the midst of a revolution. They flew to London, the family. He immigrated at the age of 18 – extreme fish out of water,” said Malek. “His largely protruding teeth – as a kid, he was referred to as Buckie.”

Mercury’s personal life is in full display as the film explores his long-term romantic relationship then turned friendship with Mary Austin. The film showcases Mercury’s affair with a male American record executive and his relationship with Jim Hutton, who stayed with Mercury until the singer’s death in 1991.

Additionally, the movie centers around the formation of the rock band Queen. The band consists of lead-vocalist Freddie Mercury, lead guitarist Brian May, drummer Roger Taylor, and bass guitarist John Deacon. The movie follows the band’s origin, with Mercury joining his other Queen members who were already in a band called “Smile”. The film follows Queen signing their first record deal, the process of recording their albums, and the performances of their famous hits.

The movie did build suspense; the writers employed some creative liberty with the script by rearranging the actual timeline of events. A pivotal moment in the movie was the band’s moving performance at the AIDS charity fundraiser, Live Aid. The movie made it appear as if this performance brought Queen together after disbanding due to Mercury’s solo career. The performance occurred on July 13, 1985, and consisted of 72,000 people singing along to the band’s greatest hits.

“Bohemian Rhapsody” not only contains infectious hits but also captures the drama of unimaginable fame. Malek’s magnetic performance brings the late icon back into the atmosphere where his talent will forever exist.