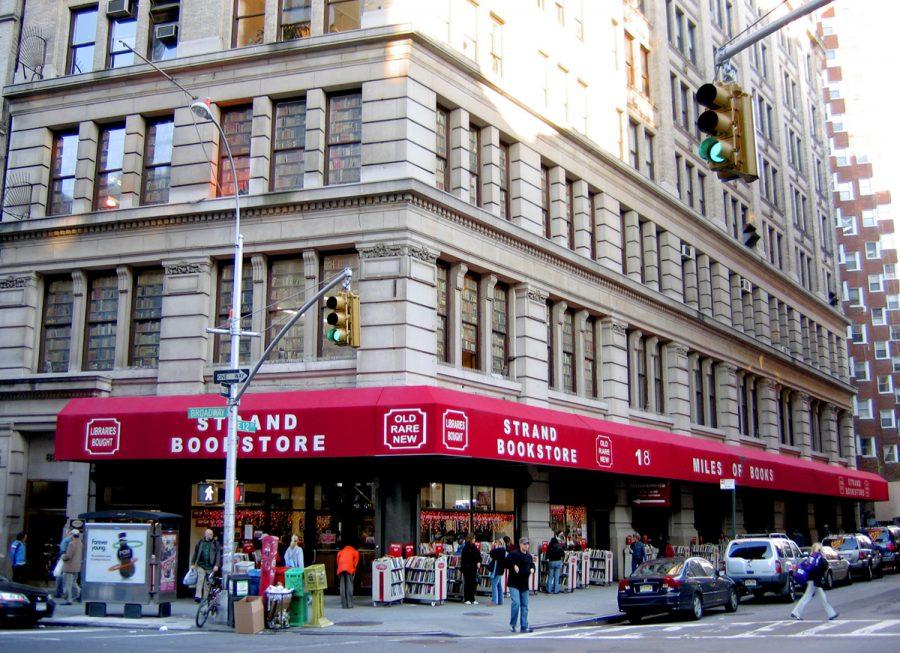 The Strand is an independent bookstore located in the East Village of Manhattan, only two blocks away from Union Square. The legendary 91-year-old destination, once part of the now-defunct Book Row, is being considered to be recognized as a landmark, which owner Nancy Bass Wyden opposes. The Wyden family has owned the Strand since it opened in 1927, and Nancy is the third-generation owner of the bookstore.

The New York City Landmarks Preservation Commission held a public hearing to decide whether to name seven buildings located in Greenwich Village as historic landmarks. The LPC says the buildings, which include the Strand at 826 Broadway, are architecturally distinctive and represent an important era in the development of the area.

Although CBS News reports that other buildings are being considered as well, Nancy Bass Wyden stated that the landmark designation would destroy businesses, hers especially. She states that making this designation would destroy the Strand by “adding more bureaucracy and unnecessary expenses and restrictions, slowing us down just when we need to be our most impactful.” University freshman Nora Shala agrees that the designation for this cultural landmark would “destroy the store,” even though the designation seems like good news at first glance.

Wyden’s plea is part of a larger problem of independent bookstores closing more frequently in NYC due to high rent and real estate prices. According to the Strand, the number of bookstores have decreased by 79.5 percent in NYC, from 135 bookstores in 2010 to only 79 in 2018. Additionally, the landmark designation comes with restrictions and regulations that would increase the maintenance costs. Wyden told the New York Times that the designation would “cost us a lot more…and be a lot more hassle.”

As a national landmark, the Strand would be forced to run all renovations and construction for maintenance by the LPC and special events must be approved by local government, resulting in these types of projects taking longer or falling through and, therefore, costing the business much more. The Strand would have to operate on a thinner financial margin and limit their opportunities to host author discussions and book-themed events.

To wit, Wyden doesn’t want to just maintain the building, but also improve on its aging architecture, add a coffee shop, change the outline of the store, and have enough funds to do repairs from a fire or a flood. However, if the bookstore becomes a landmark, these projects go from “difficult” to “impossible” for the independently-owned business.

Although the LPC has various supporters, such as the Greenwich Village Society for Historic Preservation and the New York Landmarks Conservancy, the opposing side has 230 Strand employees, public fans of the store, and Wyden herself. Wyden’s opposition comes right on the heels of Amazon’s plan to open headquarters in a neighborhood in Queens. Amazon is a direct competitor to independent booksellers, and now the trillion-dollar company has been gifted upwards of $2 million in incentives and tax-funded subsidies to host their second headquarters. Meanwhile, Wyden told the Times that she is “not asking for money or tax rebate…Just leave me alone.”

According to NY Curbed, Wyden’s family purchased the building in 1997 for $8.2 million after renting it since the store’s initial opening. Now, the building is valued at $31 million, where Wyden uses the first five floors for the store and rents the other floors to business tenants. Although Wyden states that she could make a lot more money renting out the building completely, she loves the store too much to close it.

The LPC granted The Strand a second public hearing, which will be on Feb. 19 at 9:30 am at 1 Centre Street, and the owner is asking for the support of its patrons on that day. They are also asking for the patrons to sign a petition in order to protect and preserve the cultural status of the iconic bookstore.