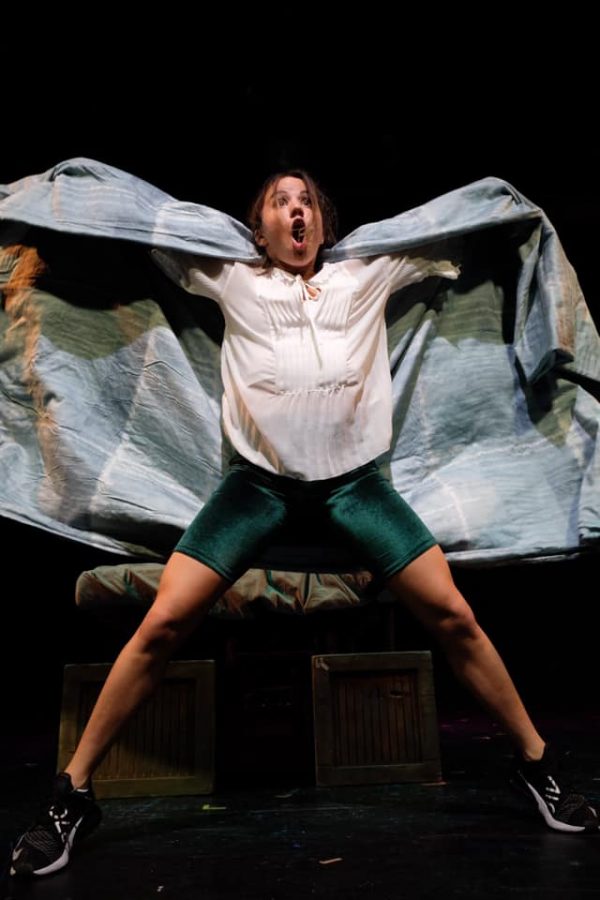 From Jan. 30 to Feb. 3, Pace Performing Arts musical theatre students sprinkled the Schaeberle Studio with some fairy dust. At the onset of the spring semester, University students were invited to purchase tickets to see a new PPA production: “Pete(Her) Pan”, directed by Amy Rogers Schwartzreich. It was based on the book by Melvin Tunstall III, and featured a score by Michael Thurber and Douglas Lyons. The production team also featured choreographer Shea Sullivan and music director Justin Brown.

“Pete(Her) Pan” tells the classic tale of “Peter Pan” with a fresh perspective. The story is centered around a now-grown up Wendy (played by University sophomore Christine Suddeth) sharing her legendary Disney adventures with her daughter, Jane (University senior Susie Carroll). Carroll described the play as “a magical new spin of “Peter Pan” that teaches young kids that everybody has their own adventure.”

This is not the first time PPA has performed a “Peter Pan”-based production with “Peter and the Starcatcher” running from Nov. 27 to Dec. 2, 2018. Both plays have aspects in common such as their physical comedy with some actors playing dual roles, performing physical stunts (flying!), as well as being held in intimate theatres, but whereas “Starcatcher” is a more well-known Broadway production, “Pete(Her) Pan” is a newer, experimental show.

The small intimate Schaeberle venue allowed audiences to be “in” on many of the show’s jokes, as characters break the fourth wall from time-to-time, especially Caption Hook. Traditionally, Hook is played by a man in the movie, book, and other versions of the story. However, in this production, Caption Hook was played by actress Drew Springer-Miller. Miller’s broad vocal range gave the character an undeniably powerful presence on stage. Hook often inserted timely jokes and snarky one-liners as a part of the audience looking at what Peter Pan was up to.

The play’s unique name, “Pete(Her) Pan” embodies an original narrative that focuses on a new generation. The character Jane wasn’t featured in the original 1953 film, but rather made her debut in 2002’s “Return to Neverland”. ‘“The story of Peter Pan is shown through Jane’s eyes because she wants to hear it from her mother again, so Jane is the [titular] ‘her’,” Suddeth said.

The ensemble rehearsed for only two weeks, which is referred to as a “workshop play” for those in the business. “While we were in rehearsal they were changing the script and the songs because they were getting it ready to put it out into the world,” Carroll said. “This is their first time putting this show up on its feet, so it was a lot to learn in a short amount of time.”

Suddeth also enjoyed the rush of the workshop. “We had like two and a half weeks of rehearsal. It’s been such a short process, but it’s been so great. I love all these people,” she said.

The rush of rehearsals certainly paid off as University students were on their feet giving the actors a standing ovation at the end of the show. “I grew up watching all the Peter Pan movies and I love that I was able to see a great spin story I love so much,” audience member and University sophomore Rich Passafiume said. “I always find it how impressive it is that the students are able to sing, dance, and memorize that choreo. I think it says a lot about how amazingly talented the PPA students are.”

“Pete(Her) Pan” delivered audiences with doses of magic and nostalgia that brought them to a place where nothing was impossible. The music brought out many emotions in the audience, and the dance numbers made it hard not to dance along. The play reminded audiences to stay fearless and desire for adventure.