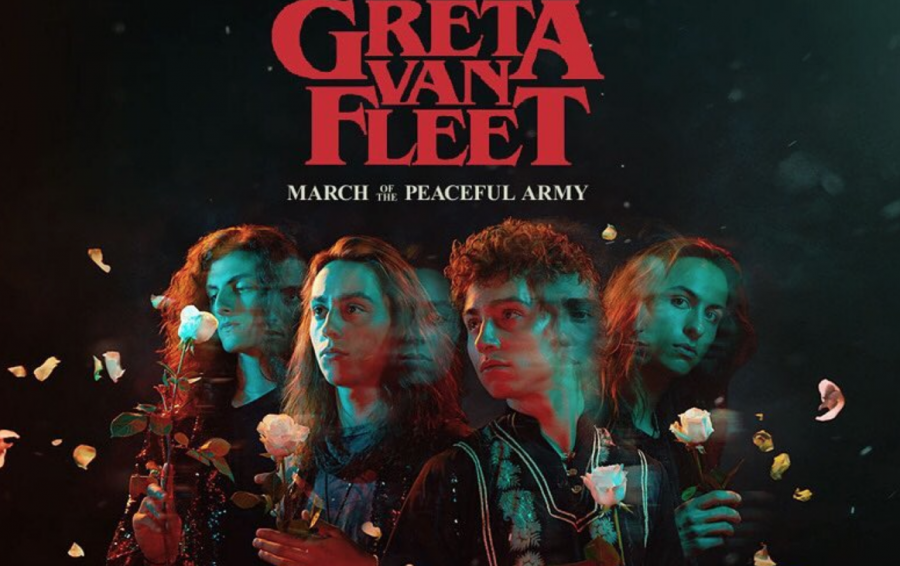 Since its debut duel EPs in 2016 and 2017, Michigan rock band Greta Van Fleet has made a notable impact on the modern rock genre, both in terms of quality and popularity. The band more recently received four nominations at the 2019 Grammy Awards; their debut album “From the Fires” snagged the award for Rock Album of the year.

Their seamless blend of hard rock and blues rock is specifically popular amongst fans of classic rock bands such as Led Zeppelin, Rush, and Aerosmith. This particular audience is full of advocates looking to “bring classic rock back”—which Greta Van Fleet is successfully doing. Their more upbeat tracks burst with the same energy as some of the biggest rock anthems that were hits in the 1960s and 1970s. Their sultrier, mellow, and melodic songs are reminiscent of classic rock conceptual ballads that grew popular with Queen’s release of “A Night at the Opera.”

Greta Van Fleet allows listeners to return to a time when their favorite music was more abundant in the mainstream, and before their favorite bands were past their prime. Even younger listeners are common among Greta Van Fleet’s fanbase, as their “vintage sound” is distinctively separate amongst modern-day teenagers and young adults. However, their music raises the question of at which point a band is ripping off influencers rather than borrowing inspiration from them.

Greta Van Fleet is often compared to the English rock band Led Zeppelin—a band that was successful in the 1970s. The band dominated both radio and fanbases with a combination of hard rock, blues rock, folk rock, and full-on heavy metal. Sonically and aesthetically, it seems that the two bands do mirror each other in many ways. Josh Kiszka, Greta Van Fleet’s lead vocalist and guitarist, seems to have perfected the vocal range of Zeppelin’s Robert Plant. The up and coming rock band also borrows a similar instrumental style, with guitar riffs and drum patterns sounding very similar to a Led Zeppelin B-Side. Whether a fan or not, the comparison between the two bands is indisputable.

Many music-lovers are opposed to the band’s sharp spike in popularity because they believe they sound far too much like Led Zeppelin. In a scathing review on Pitchfork, Jeremy Larson called Greta Van Fleet “more of an algorithmic fever dream than an actual rock band,” and said that they “make music that sounds exactly like Led Zeppelin and demand very little.” Underlying lyrical and compositional aspects from another band or artist’s works can blend well with originality, but artists wearing their inspirations on their sleeves can sometimes get in the way of their own unique concepts.

Their similar sounds do not exactly prove that Greta Van Fleet is a blatant knock-off. In fact, it puts a unique group of musicians into an interesting situation of “rock revival,” bringing back the dominance of classic rock. For the most part, Greta Van Fleet’s mission has been successful thus far, and they have received mostly positive feedback in their endeavors. A poll conducted on Instagram by The Pace Press showed that the majority of people were in favor of the band’s victories at the Grammy Awards. That being said, it is impossible to know how long the band’s current artistic direction can last if they continue to, without so much as a “spin” or “twist,” ride the coattails of past hard-rock legends.

Greta Van Fleet and the influence of Led Zeppelin on their music is a double-edged sword. According to Rolling Stone, guitarist Jake Kiszka stated that rock is “a minority…[and] an endangered species,” which may be why fans of the band yearn to return to a decade when their sound was more prevalent on the radio and in the mainstream media. In an article for Thrillist, Dan Jackson used this as his reason for his dislike for the band, claiming “the music of Greta Van Fleet sounds not just inessential but lazy,” as they adapt another band’s sound.

Greta Van Fleet’s career is only getting started. They show great potential to further expand the rock genre that is lacking substance and diversity in today’s music industry, but there is a fine line between well-implemented inspiration and mirroring their influencer. It is hard to mistake an Ariana Grande song for a Whitney Houston song, just as it is hard to mistake a Kendrick Lamar song for a Lil Wayne song. The influential impact is there within the artist’s work, but only up to a certain point.

Greta Van Fleet has captured lightning in a bottle over these past couple years, but to really cement their name into the genre of classic rock, they should abandon emulating the sound of Led Zeppelin. Instead, in the coming years of their career, they should attempt to find a more unique artistic direction to move towards.