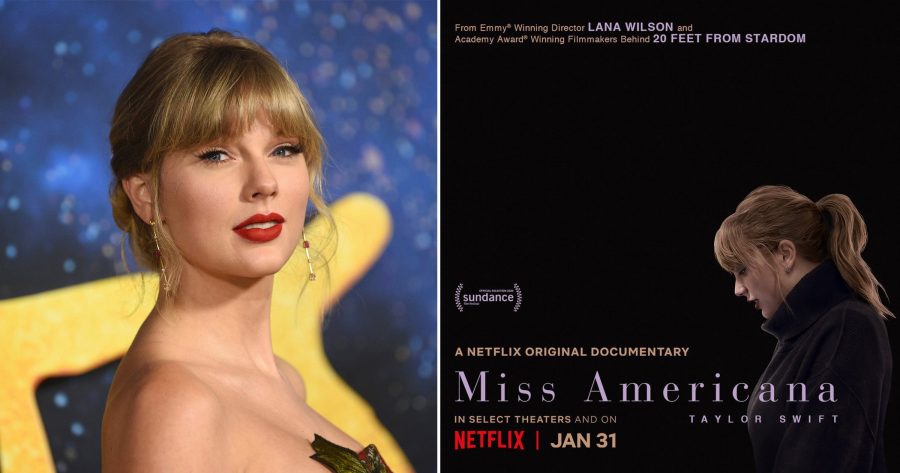 Taylor Swift’s new Netflix documentary offers fans a never-before-seen glimpse into her life. A record of her rise to fame, fall from grace and hard-fought climb back up to the top are all documented in one hour and twenty-five minutes. Her gilded cage of glamour and fame hides the insecurities and obstacles that attempt to tear her down. Most importantly, the film depicts the woman behind the artist and highlights her journey of finding her political voice and becoming “Miss Americana.”

One of the many candid shots in the film shows Swift passionately arguing with her dad regarding remaining apolitical. Swift mentions how quickly the Dixie Chicks lost their career after publicly condemning President Bush for the Iraq War. Swift explains how she was taught to keep her true feelings secret rather than risk her career. “Throughout my career, label executives and publishers would say ‘Don’t be like the Dixie Chicks… But a nice girl doesn’t force their opinions on people. A nice girl smiles and waves and says thank you. ’” Before the pop star could use her political voice, she had to first “deconstruct an entire belief system.”

Many of Swift’s detractors have accused her of insincerity and “cashing in” on the LGBTQ+ community and politics. They cite her seemingly fake support or the suspicious timing of her political allegiance. University junior and former fan Sophia Beck said, “She has historically been quiet on social and political issues, despite having a large platform. I think that she’s only starting now because it benefits her and her record sales.”

However, Swift addresses these views and her hypocrisy in the film with a number of fragile moments. She shares her deep regret for not commenting on the 2016 presidential election, which occurred during her year-long hiatus. The film also contains the moments before Swift’s famous first political post. She points out the hypocrisy, saying, “I think that it is so frilly and spineless of me to stand on stage and go ‘Happy Pride Month, you guys,’ and then not say this, when someone’s literally coming for their neck.” Though she had garnished a lot of hate (President Trump even saying that he likes her music 25 percent less now), her post created an unprecedented spike in voter registration.

The most poignant aspect of the film is Swift’s transition from a timid girl into a fully-grown woman. Unfortunately, that little girl with such high hopes and dreams was crushed under the magnifying glass that comes with fame. For the first time, Swift opens up about her sexual assault, stalking and body dysmorphia. Her continuous struggles are only exacerbated by the media’s portrayal of her as an unstable, attention-seeking liar. She recognizes that even with all the privilege in the world, she isn’t immune to the horrendous issues women continuously face.

“It was awesome to see Taylor grow up through this documentary because we grew up with her. ‘Miss Americana’ is so nostalgic for our generation and watching her become so successful felt like a journey for us all,” said University junior and life-long fan Lucy Yesulines.

University junior and Arts and Entertainment Management major Maddie Willard said it best. “Miss Americana was a beautiful representation of a brilliant comeback story. We watched Swift recover and become stronger from her internal struggles, as well as the struggles she faced from public opinion. In the end, she decided to end her political silence because she knew it was the right thing to do despite any repercussions. Swift has proven herself to be a champion for change and she’s not going anywhere.”

Despite the hardships Swift faces, the documentary ends on a triumphant note. In her song “Only the Young” (which debuted along with the documentary), she discusses current political corruption and states that any hope for our future lies with the youth. Whether you love her or hate her, the documentary captures a vulnerable Swift and her path to finding her freedom.