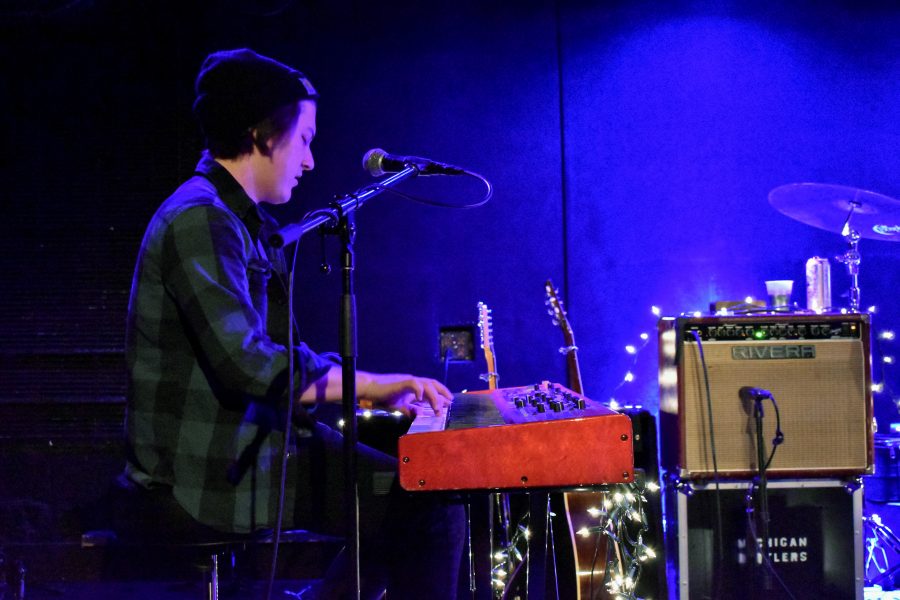 On Tuesday, Feb. 12, Michigan Rattlers made a stop in NYC on their current tour, singing new songs and songs from their 2018 debut album, “Evergreen.” The Mercury Lounge was filled with people waiting to hear the alternative country sounds of the band. The room was filled with an array of people. There were young Brooklyn hipsters, middle-aged men with country accents, and some people over 60. The crowd was diverse and clearly excited as the band set up the stage.

Lead singer and guitarist, Graham Young, started the night off with the bands more rock-like single, “Desert Heat.” The crowd was immediately swaying to the exciting midwestern rock. It was an odd, exciting scene in the middle of Manhattan. One might think that they were in a dive bar somewhere in the south with the twangy, western vibes.

The stage was strung with golden Christmas lights, adding an indie vibe to the night. With string lights shining around, Christian Wilder, the band’s pianist, consistently added beautiful harmonies into the mix with a keyboard on the left side of the stage. With fans or friends consistently cheering Christian throughout the night, it was easy to feel the excitement from the keys.

Each song had a different sort of sound to it. Bassist, Adam Reed, added an exciting element that one rarely sees live. A stand-up bass is a unique sound that really brought the act to life. Each time Reed would get to have a solo moment with the bass, the crowd would go wild. Tony Auda, the band’s drummer, kept the night alive, adding exciting beats and getting the crowd into the music.

The band did a unique and beautiful cover of the Three Dog Knight’s song, “Spain.” The crowd of giddy individuals lit up at the song, excited to hear a familiar tune. The crowd bopped their heads up and down and danced around to the song. A fan favorite of the night seemed to be “Late Night Cigarette Talks,” a bluesy-bop lamenting a lost love. The crowd knew all the words and were electrified by vocalist Young’s gritty voice.

The twangy number “Sweet Diane,” says it all in the title of the song. The song was sweet and folksy, a highlight of the night, with the audience singing “Just open up the door and we’ll hit the road,” along with Young. The song left a smile on everyone’s face but a lingering in the heart. The Rattlers closed the night with their song, “Illinois Sky,” a soulful song that recalls their midwestern past. The crowd was left feeling energetic and light-hearted. The fans smiled as the band began to pick up their instruments and head out for the night.

The band of four’s charm shined through their instruments and vocals, leaving smiles on the faces of those in the Mercury Lounge. In between songs, the members’ quips showed their personalities to the audience, with lead singer Young stating, “where we’re from, the tallest building is three stories.” Wilder replied, “That’s a stretch,” from his piano and the band laughed about their love for NYC.

After the show, the Pace Press was given the opportunity to speak with Graham Young, who explained that the Michigan Rattlers were not always a four-person electric set. The band was once just Young and his close friend, Adam Reed. The pair of childhood friends began as a two-piece acoustic band that played mostly country music. The band evolved throughout the years, adding their friends Wilder and Auda. Young said the “goal was to become more electric than acoustic.” I asked Young why the band had such a midwestern rock sound while they are from Michigan. Young said “the midwest is rural and industrial, the sounds bend storytelling and country and rock.” Obviously, the band has found their groove with a more electric rock set. The Michigan Rattlers are sure never to bore, and to bring listeners to a new place they perhaps have never been.