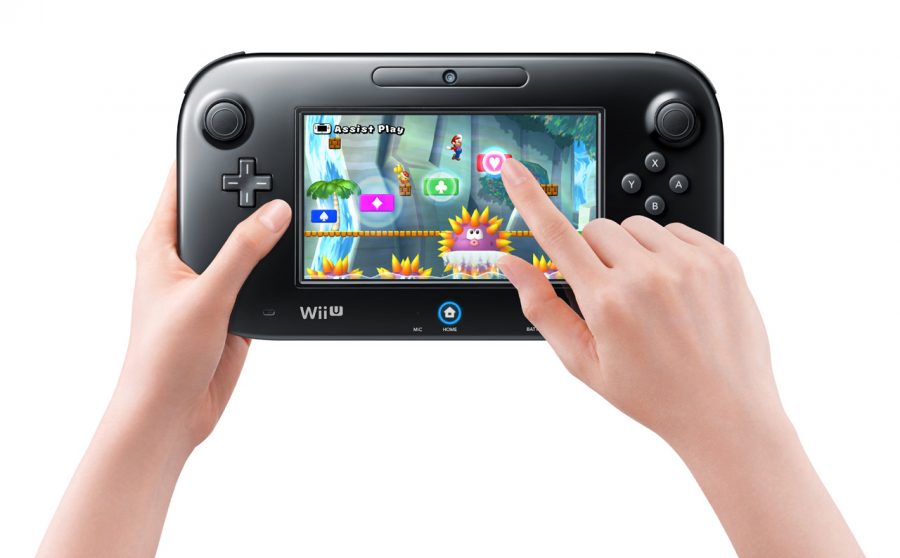 In this day and age, it is easy to see how artists are incorporating technology into their newest pieces. What some may not consider to be art may surely be mistaken, for when it comes to the gaming world, technology promotes art with a new virtual light.

The newest installment to the gaming world has not taken the eyes of the consumer lightly. With the Nintendo Wii U released last specifically in time for the holidays, the console was up against those better known systems, such as the Xbox 360 and PlayStation 3, but did not appear miniscule in comparison, in fact the Wii U over powered the competetion.

Being the sequel to the reknowned Wii system that had come out a few years earlier, Nintendo recognized the needs to make their newest system even better. With a sleek new look and a style that only Nintendo can offer, the Wii U has brought many new features to interest anyone looking for a family system or a serious gamer needing the newest system.

For starters, the Wii U system is only offered in HD. With the previous systems having the option to be HD applicable, this brand new console can only be purchased with an HDMI cable.

This is small but grand gesture makes it possible to play any game they way the creators intended. Just as one would see small specific details in an movie while watching on an high defition TV the same can be done for the many games.

While being able to play in high def., Nintendo gave its gamers the opportunity to play multiple games from different software’s on its new system. With the previous Wii mostly pertaining to the Nintendo owned games such as Mario and Zelda, the manufactures improved the titles available to play.

With well-known games such as, Call of Duty Black Ops 2, Assassins Creed 3, and Batman Arkham City, the Wii U has been able to capture the attention of not only the common family, but even the most serious of gamers.

When it comes to the consumer that loves the idea of having the latest piece of technology that stands out above the rest, they might really consider the Wii U to be their next addition to their collection. With hand-held tablets being the hot item recently, the Wii U incorporates that technology within their gameplay. While still being able to use the previous Wii motion controllers, the new tablet looking controller is the newest way to interact within the games.

About the size of an Amazon Kindle, the new touch screen technology gives the gamers an interesting and revolutionary way of playing games. This breakthrough technology can be seen differently in each game but with unique ways, such as a sniper scope for shooter games, or as an arrangement of clickable attacks for fighter games.

With this new style of technology being merged within a gaming system, other manufacturers have looked into for their own systems that will eventually be released. The anticipated Sony PlayStation 4 has apparently taken a liking to the idea of touch screen technology for their recently leaked photos show a definite use.

The newest Sony counsel that is rumored to be released within the year, revealed photos of their new controllers that seem to display the use of a touch pad that can be played with for their games.

This is indeed not a coincidence with it being closely related to the previously released Wii U.

However with these two systems incorporating the touch pad, it is not unlikely that the rumored Microsoft system, the Xbox 720, will also try to use it towards its advantage.

For this ideal new system, one need not worry about it being unavailable in stores due to the holiday rush. Available in both black and white, a customer is able to choose any one they like. However with the color choice comes a realization that there is a bit of difference between the two.

While the white console offers eight gigga-bites of space for 300 dollars, the black one quadruples the amount of space, along with the addition of the new Nintendo game, Nintendo Land, and only for 350 dollars.

Another deciding factor and creative idea, while not being able to play DVDs or blurays, the black Wii U system can use old Wii games.

With new technology, a new looking system, and a new game display, the Wii U has certainly proven to be a particular creative and innovative addition to the gaming world. While not seen at first as a piece that would be displayed at the Metropolitan anytime soon, the Wii U is without a doubt a breathtaking piece of art among the gaming community.