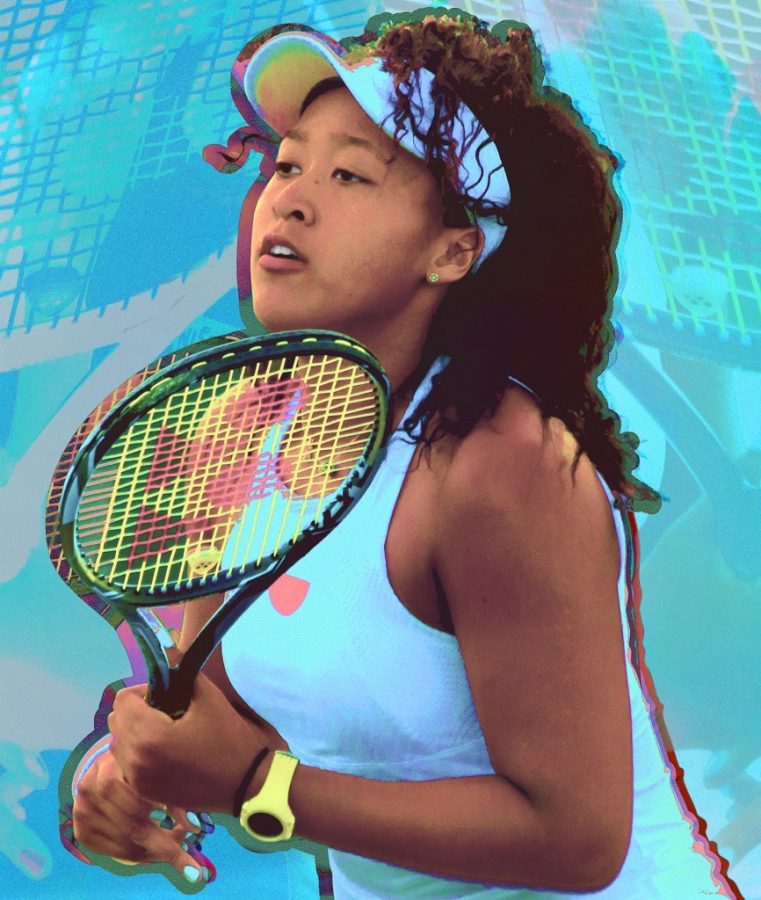 On Sept. 12, Naomi Osaka had just performed a flawless comeback after losing her first and second sets against Victoria Azarenka, securing her second-ever US Open title.

That Saturday in Flushing, Queens, Osaka also became the first player in 26 years to win a U.S. Open women’s singles final after losing the first set.

A cocktail of emotions, consisting of elation, relief and gratitude, ran across her face as she approached the net to touch rackets with Azarenka, and after stowing away her equipment and taking some post-game photographs, she returned to the court to lay on her back and stare at the clear New York skies, alone, for almost 20 seconds straight.

“I was thinking about all the times I’ve watched the great players sort of collapse onto the ground and look up into the sky,” the 22-year-old tennis superstar told ESPN. “I’ve always wanted to see what they saw.”

After admitting that she got little-to-no sleep during major games like these, explaining that she mostly laid on her back in bed and stared at the ceiling, this brief moment of tranquility was more than well-deserved for the champion, and makes the triumph all the sweeter. However, the courts weren’t the only place where Osaka was making history.

Several sports organizations have taken a stand in support of the Black Lives Matter movement and against police brutality and systemic racism, including a more recent example–the callous shooting of Jacob Blake at the hands of the Kenosha Police Department in Wisconsin inspired many NBA, WBNA and MLB teams to boycott the league and demand that further justice is taken.

Other organizations followed in their footsteps, with several moments of silence being held before NFL games and sports leagues publishing statements proclaiming their support of the BLM movement on their public Instagram pages. And although the U.S. Open still took place according to schedule, that did not stop Osaka from making her voice heard.

As the sports industry has been adjusting to the requirements of the COVID-19 pandemic, seasons have been altered, postponed and all-together cancelled.

While the U.S. Open still ran according to the CDC’s initial regulations, Osaka cleverly used this to her advantage. In each match of the U.S. Open, Osaka took to the court wearing a black face mask bearing the names of different Black individuals harmed by police brutality or other forms of racism.

On the night of her first match, Aug. 31, Osaka proudly took to the court wearing a mask inscribed with Breonna Taylor’s name, the 26-year-old Black EMT worker who was fatally shot and killed in her sleep by the Louisville Metro Police Department.

Since then, she has been a pinnacle for BLM activism in mainstream entertainment, as she gracefully secured victories in her other matches while honoring the names of several other Black individuals harmed by police brutality throughout the season, including Elijah McClain, Ahmaud Arbery, Tamir Rice and more.

Osaka’s outspokenness made her victories even more exceptional than a victory alone; not only was she graceful in each and every one of her wins, but she robustly stood for justice all while doing so, which is especially admirable in an industry where players like Collin Kaepernick have been ruthlessly punished for doing so.

Following her championship win, Osaka told CNN: “I chose those names because [they] needed more attention … there are stories that need to be told, and for me, those stories affected me a lot.”

Osaka has participated in several BLM protests in Minnesota following the murder of George Floyd and sat out her semi-final match at the Western & Southern Open in honor of justice for Jacob Blake. Although protest numbers have admittedly diminished, showing out in the name of justice is a step in demonstrating that racial justice activism will never lose its importance.

And, as Osaka so inspiringly responded to those who demanded a separation of sports and politics on Twitter, “[You] really inspired me to win. You better believe I’m gonna try to be on your TV for as long as possible.”