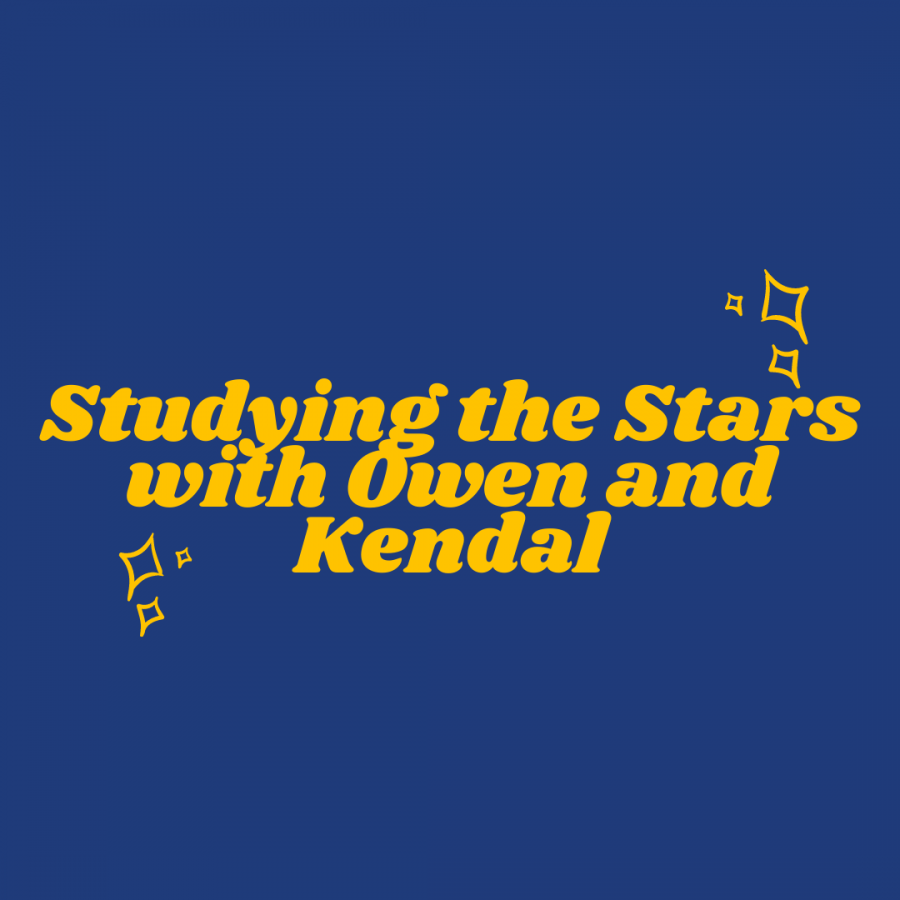 In this new series, each zodiac sign is going to be individually analyzed with the help of an expert. For the Sagittarius installment of this series, we are interviewing Maryam Aliyeva, University sophomore and fellow Sagittarius!

Owen: You are the first one! To start, I wanted to talk a little about my experience with Sagittarians, and then get your input. Personally, I was raised by a Sagittarius woman which was really interesting…very bold. I’ve always found myself platonically attracted to Sagittarians. I have so many Sagittarius friends in my life. I have no idea where y’all come from. It’s interesting though because I’ve never once had a romantic partner with a Sagittarius. Kendal do you have any Sagittarius relationships?

Kendal: I do actually! It’s kind of a funny story. I have two younger brothers: One who is 16 and one who is 14, and the three of us are the three fire signs in order. I’m an Aries, my middle brother is a Leo, and my youngest brother is a Sagittarius. My youngest brother is…wow. He can be a lot; he’s so smart and so wise, but also one of those people who will go after what they want with unwavering determination. Also…my boyfriend’s ex-girlfriend is a Sagittarius; she was one of those people who was so bold and not afraid to say exactly what was on her mind. One thing I’ve noticed is that all of the Sagittarians that I know are so dedicated to going after the biggest things in life and it’s such an attractive quality. Those are my experiences with Sagittarians.

Owen: That’s why we wanted to bring you on, Maryam: to get the answers. We surround ourselves with so many Sagittarians, but we never know what the inside scoop is until we ask one. I wanted to ask you: could you pick three words to describe yourself?

Sag: I would say Sagittarians are honest, brave and very outgoing.

Owen: I would 100% agree. Since you said, “Sagittarians are,” do you know a lot of Sagittarians?

Owen: That’s interesting. Kendal, I don’t know about you, but the Sagittarius in my family is a November Sagittarius. However, all of the friends that I have are all December Sagittarians, and there is a very distinct shift. I would agree with you that I see a lot more Scorpio tendencies in my mother compared to my friends. Kendal what about your brother?

Kendal: My brother is Dec. 7; I don’t think I know any November Sagittarians which is so odd.

Sag: I would say yes and no at the same time. The one characteristic that I notice that all Sagittarians have is that we love being right, and that’s why I feel like in romantic relationships it’s kind of hard. We are very stubborn, and we all think that we’re right, which is obviously not always the case. Sometimes you have to step out of your bubble and just say “okay maybe I was wrong.”

Owen: Bouncing off of that, do you think that you keep a large circle of friends?

Sag: I do have a large “friend” circle, but I’m only sincerely close with a smaller group of people.

Owen: That’s interesting because I feel like I align with that since my rising sign is in Sagittarius. I agree; I keep a lot of people in my circle, but then there’s a very limited amount of people that I text every single day. To focus on your close circle, how would you say your friends describe you?

Sag: I would say my friends describe me as crazy, brutally honest (at times rude) and obnoxious, but they also know that they can trust me with literally anything.

Owen: I love that you were like “ok we’re going to start off gentle, I’m crazy…”

Sag:  It’s true! I am crazy and very honest. Maybe at times a bit rude just because I value transparency. Overall, I’m very loyal to the people I care about. I would do absolutely anything for my friends.

Owen: Yeah, I think that’s the fire sign dedication and power. You’re upfront, but extremely devoted. I was thinking about this as we continued talking, but are you still with the Capricorn?

Owen: How do you think he would describe you?

Sag: He definitely thinks I’m crazy and also very short-tempered and emotional compared to him. However, he has fun when he’s around me.

Kendal: So you two are basically Miley Cyrus and Liam Hemsworth.

Sag: Exactly! I really relate to the song, “I can’t be tamed.”

Owen: Do you think that you’re compatible with this Capricorn?

Sag: I mean…. I don’t think so. I’ve tried being compatible with him, but it’s just impossible. I feel like fire signs fit very well with other fire signs and air signs.

Owen: I agree! Kendal and I have had many conversations about this, and she agrees that she’s only attracted to air and fire signs. Meanwhile, I am only ever attracted to earth signs. Nothing else for me. Maryam, you might have a little bit in your favor though because your birthday is Dec. 21, which is right on the end for Sagittarius. You’re dangerously close to Capricorn.

Sag: I know, but I don’t feel like I have any Capricorn tendencies whatsoever. I feel like we’re so different, and I am a true Sagittarius.

Sag: I wish I knew! I asked for his birth time a long time ago, but I’m afraid to ask again because he’ll think I’m weird.

Owen: Do you know your moon?

Sag: I have a Pisces moon and an Aquarius rising.

Kendal: You’re so cool! Wait I have always wanted an Aquarius rising!

Kendal: Hold on, that is such a cool chart. I’m so jealous!

Owen: Kendal, that’s a cool chart, but that’s a horrible chart to date a Capricorn. It’s tough enough for me dating Capricorns because I’m a Cancer sun, Pisces moon and Sagittarius rising. They’re so detached and I’m so attached.

Sag: Yes, it’s impossible. I feel like I’m talking to a wall whenever I’m with him because he just doesn’t understand my energy. I’m this emotional wreck and he’s just like “ok and?” I have all this energy and I just don’t know where to put it! It’s so hard.

Owen: For our closing question: have you dated another sign in the past?

Sag: I have talked to a Sagittarius male in the past and all I can say is… that is not what we represent. Male and female Sagittarians are so different.

Kendal: I love Sagittarius men. I have only ever had good experiences with them. One of my friends at school is a Sagittarius male and he is probably the wisest and most passionate person I know. Every time my friends and I have asked for his advice he has never disappointed us! I don’t know what it is, but it’s always exactly what you need to hear.

Owen:  I have only ever found interest in Sagittarius women. There are just so many of you and you all find me somehow! The market for Sagittarius women is so oversaturated, whereas Sagittarius men just don’t exist. I have never even had the opportunity to talk to one.

Sag: There’s definitely a lot of us, but yes, Sagittarius men are so flaky! They have commitment issues.

Owen: I’ve heard the same thing! Anyway, thank you Maryam for your Sagittarian expertise. It was really great talking to you!