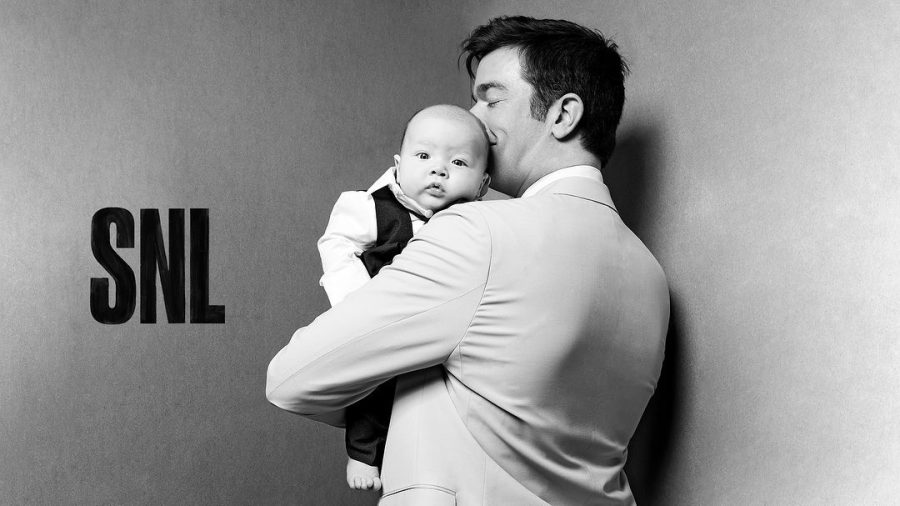 Comedian John Mulaney joined the beloved “Five-Timers Club” on Saturday Night Live on Feb. 26 with celebrity guests alongside him.

The Five-Timers Club is compiled of a group of people who have hosted SNL at least five times. This club was first seen when Tom Hanks hosted his fifth time in 1990. There was a sketch depicting the club following Hanks’ monologue, similar to one of Mulaney’s sketches in this past episode.

This episode began with an opening tribute to Ukrainian citizens from the Ukrainian Chorus Dumka of New York. It was one of SNL’s classiest cold opens, as they refrained from making jokes about a serious situation and stood alongside Ukrainians in support.

Following this, Mulaney composed a monologue filled with personal anecdotes on his experience in rehab as well as his newborn son. Some students found this intriguing, as these topics have been circulating in popular culture for quite some time.

Mackenzie Boudreau, a junior majoring in Communication Studies, said, “I admire how open he appears to be about his journey thus far,” she said. “Just because he’s a celebrity whose personal life was – and still is – very exploited by media, doesn’t mean he owes us an explanation or even has to talk about it.”

One of the weakest sketches of the night was the “Blue River” dog food sketch, a pre-recorded skit.  The concept was strong, but the execution did not land. It was not the traditional style of a previously recorded SNL sketch – which usually follows a movie trailer or commercial formula.

The strongest sketches of the night were the “Five-Timers Club” and the musical “Subway Churro” skits. The Five-Timers Club sketch began with a video from the comedy trio please don’t destroy – one of the funniest ongoing segments we have seen in the past few years on SNL.

This sketch smoothly transitioned into the next, where various Five-Timers appeared to welcome Mulaney in, including Tina Fey, Steve Martin and Elliot Gould.

The musical sketch is a recurring theme whenever Mulaney hosts. It usually stems from a poor choice made with food and then escalates with parodies of famous songs from musicals, often poking fun at NYC culture. In this version, it was a churro bought in an NYC Subway station that led to the ensuing chaos.

LCD Soundsystem was the musical guest of the evening, which is a prominent band in New York City, performing “Thrills” and “Yr City’s a Sucker” from their self-titled 2005 album. They also appeared in the musical sketch, “Subway Churro.”

The episode concludes as it always does: with Mulaney saying goodnight alongside the cast, the special guests and LCD Soundsystem, creating a warm sense of community on the main stage.

Mulaney always manages to grab laughs from the audience, which makes the viewers look forward to the next time he will host Saturday Night Live.